Crawl into the corners of
Your own mind now and then
Find out what is hidden there
Meet your closest Friends
Listen to the Silence, dear
She whispers what you need
Clear the chaos that surrounds
Let yourself be freed
Make a date with Loneliness
Do not shy away in fear
The stories she will have to tell
Are ones you’ll want to hear
Knowledge – she awaits you
Take her hand and just be still
Savor the warmth of her embrace
As the wounds begin to heal.

“I never found a companion that was so companionable as solitude.”
– Henry David Thoreau 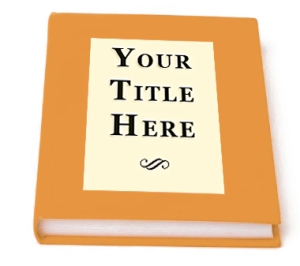 I have a confession to make.

I’m not sure what’s going on here.  Running has been my passion for the past year.  It has gotten me through the tough times, proven to me that I’m tough, led me to a successful half marathon, and so on and so on.  It has been such a defining part of my life for a while.  For a year, I’ve a been a runner.

But here lately, amidst all of the other titles that have been bestowed upon me in my world, “runner” has slipped a little further down the list.

First of all, I’m in the middle of a move.  As someone who has moved about 17.2 million times in her life (possibly a slight exaggeration there), you would think I would be an old pro at it.  But nope.  It still sucks.  Who knew one small house could contain so much JUNK?  Plus, I guess no matter how much you know how much better the end result will be, moving can always be a little sad.  Leaving something behind always is.  So, maybe that’s why I’m tired?  I don’t know.  So, yeah.  Lately, my title of “mover” has bumped out “runner” for first place.

Another title that is inching up to the top is “car owner.”  I’ve been in search of a car for over a month now, ever since my accident.  I’ve been waiting and waiting for the insurance payments to go through so that I could proceed with getting another loan.  Once that finally happened and I was able to get another car, something is wrong with it.  Something minor, hopefully.  And something that the dealership is taking care of.  But in the meantime, I’m still driving a borrowed vehicle and remaining a burden while I wait.  So, yes… the frustrated “car owner” title has bumped itself to the top of the list too.

And, of course, there’s “Mom.”  The mom title is always at the top of the list, but for these past couple of weeks, it has been taking precedence.  Having to get my little “Annie” to all of her play rehearsals is taking up quite a bit of time. (In addition to dance rehearsals and an all-day dance recital over the weekend to boot.)  I wouldn’t trade it for the world, mind you.  I’m extremely proud and honored to be the Mom of such a talented, active little go-getter.  But it sure can be tiring.  So, scootch on over, “runner,” “mom” needs some space.

“Writer.”  Yep, that one is always there.  While running is therapeutic for me, writing is too.  And has been for a little longer than running has – pretty much all of my life, actually.  When the stress gets overwhelming, running my fingers across the keyboard seems to relieve it just a tad.  And it has been a little easier to find time to do that lately, than to find the time to run.  So, “writer” bumps “runner” down a few notches as well.

Oh, how I could go on and on.  So many titles are there fighting their way for first position.  “Girlfriend;” “Daughter;” “Granddaughter;” “Friend;” “Words with Friends player” (Hey – you have your priorities, I have mine); “Employee;” “Bill payer;” “Actor;” etc. etc. etc.  Sometimes, I guess it’s ok to understand that “runner” is still there…it’s just a little lost in the chaos.

So, maybe I’m just tired.  And…maybe with all of the other stresses in my life, I might be just a tad bit irritable.  Maybe.  Oh, ok, I admit it.  I’m irritable.  And maybe – just maybe – I’m directing that irritation towards running and allowing it to slip down the list.  I don’t know why I’m doing that.  It’s not running’s fault.  But I don’t really have to have a reason to be mad at it, do I?  Ask my boyfriend Richard – “reasons” aren’t necessary when it comes to me being irritable.  Maybe I just wanna be.  *Arms crossed* *Pouty face*

But, alas, just like other temporary irritations in my life – they’re just that.  Temporary.  I’ve been mad at Richard before, and we made it through.  I’ve been mad at my kids before, and the feeling passed.  I’ve been mad at my parents, at my siblings, at my friends.  And yet, it always – always – works itself out.  Why?  Because love is stronger than any passing storm.  Just like the love that I have for the people in my world, the love that I have for running will also endure.  It will return. When the dust settles and the chaos clears, running will still be there waiting for me.  For underneath it all, my title still stands.  Untarnished.

I am a runner.

And I’ll be back.

“A woman under stress is not immediately concerned with finding solutions to her problems, but rather seeks relief by expressing herself and being understood.”
– John Gray