“Here are the values that I stand for: honesty, equality, kindness, compassion, treating people the way you want to be treated, and helping those in need. To me, those are traditional values.”
– Ellen DeGeneres

Why am I bothered? I’m just a bit confused.

Hear me out while I try to work through this.

Most of you probably know this already, but I proudly grew up in a military environment. For those of you who didn’t have that luxury, let me tell you a bit about one particular aspect of that life – the people.

Whew.  The people.  Buddy, let me tell ya – we were a hodgepodge like you wouldn’t believe. You walk into any military classroom, or take a drive through military base housing and you’re going to see every color of the rainbow. You’re going to see black, white, Hispanic, Asian, and just about everything else you can think of.

But you know what I saw when I looked around those classrooms or rode through my neighborhood growing up?

That’s it. I saw people.

Of course, I wasn’t stupid. I knew we looked different. But I didn’t feel any different from them. I just wasn’t raised that way. Was that a product of good parenting? Sure, mostly. But it was also a product of environment. We were just kids. Just a bunch of kids growing up with pretty much the same lives. Sure, we had other families back “home,” and I’m sure the differences would have been much more pronounced had we followed each other back for family reunions in whatever state we hailed from. But our daily lives didn’t have any of that nonsense.

Now, fast forward to my adulthood. Now, I live in the North Carolina/Virginia area. Bible belt. Southern pride. Sweet tea. You get the picture. It took quite an adjustment to acclimate myself to this new world. Sometimes I still fail at it, I won’t lie. There are parts of it that I just don’t like.

It’s everywhere, man. Everywhere you turn, people seem to be similar. Similar in looks, similar in religion and beliefs, etc. This sameness makes me crazy sometimes. I miss my past. I miss my friends. I miss living in an environment where no one felt shunned because they were different.

Now, with that little disclaimer about my past, let me get to what’s bothering me.

Because it deserves a fight.

I LOVE having my head rubbed while I’m trying to fall asleep. I’m like a cat, man, I’ll purr myself into the most peaceful slumber you’ve ever seen if you’re rubbing my head. But my husband, Richard? HATES it. If he’s trying to go to sleep, he wants to be left alone. Same thing when we’re sick. Me? BABY me! Coddle me. Treat me like the princess I am.  Richard? Go away. Shut the door and make no noise until this passes. And as you might could guess, there was a little bit of a learning curve with all of that, but now that we know each other, we know how to treat one another. If he doesn’t want me babying him when he’s sick, I won’t. If I do want him babying me while I’m sick, he will. (Well, sort of…) 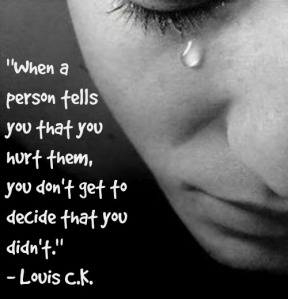 Wouldn’t that be nice?

Back to the confederate flag. It bothers people. It just does. That’s all you need to know. Do you think that flag stands for other things rather than the oppression of an entire race of people – fine. Think that. But guess what you don’t get to do? You don’t get to decide what that flag means to them. You don’t get to decide what it means to me. I do. It means hate. It means separation. It means a very, very misguided pride in something that our white ancestors did that we should be grossly ashamed of. It represents a reminder of a history that this country needs to rise above. Not erase, mind you. We can’t do that. But we can lock it up in the museums along with the Holocaust memorabilia and use it as an example of what not to do in the future. We can use it as a reminder of the atrocities that we have all risen above and moved past. That’s where it belongs. Not flown in our front yards or plastered across our public buildings.

I’m one of the ones who believe strongly in freedom – all freedom. Freedom of speech, religion, etc. But here’s the catch for me, ONLY if it doesn’t hurt others. This flag DOES hurt others. It rubs the past (and unfortunately, as that shooter in South Carolina let us know, the present) into the faces of those who were very deeply hurt by what this flag represents. This should be a country that everyone is free to live in with peace in their hearts. A constant reminder of their oppressions flown proudly throughout the land that is supposed to be their home is not a symbol of peace. And you know how I know that?

Because they told me so.

Why is it so hard to just be on the side of LOVE and ACCEPTANCE?  You know?  We are told that this symbol hurts our fellow Americans, so why do we insist on keeping it around? Why do something that hurts others on purpose?

See why I’m bothered? I just can’t understand people, no matter how hard I try… 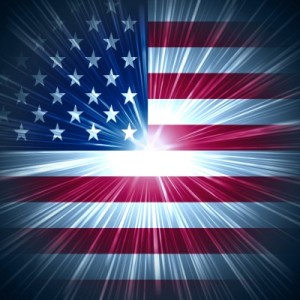